Good news does not come alone for CFMOTO, in addition to the recent Moto3 podium for motorcycles, we are also stealing the spotlight in the four-wheelers championship!

On Saturday, March 19, a tense race in the Sahara Desert ended, with one hundred and fifty crews at the starting line a week ago. In seven days at the increasingly popular Fenix Rally, participants had to overcome not only difficult speed stages that stretched through dunes and difficult terrain, but also a strong sandstorm that lasted for several days. Due to this storm the organisers even changed the route for one day.

From the very first day, the riders of CFMOTO RACING TEAM showed a victorious pace. Both men did not hide their worries about the reliability of the equipment before the start, as it was equipped with some suspension and engine components that had not been tested under extreme conditions before. After a week of intense racing, the team was pleased that the equipment withstood the test – the CFMOTO CFORCE 1000 ATVs helped them take first and second places. Both athletes participated in the Fenix Rally for the second time.

Difficult route to the last kilometre

Taking fourth place in last year’s rally, this year Antanas Kanopkinas climbed to the highest place in the ATV standings. After the last day of the rally, during which he secured the title of champion, the athlete did not hide his fatigue and joy: “The last, seventh day of the rally was brutally hard and hot. We gave our best and finished first again. It feels wonderful.”

Adomas Gančierius, who took second place last year, showed the best time among the ATVs on the last day of the rally and repeated his previous result – he took second place in the overall ATV standings. Third place was won by the Frenchman Nicolas Martinez, who was driving near the CFMOTO racers during the whole rally.

“The last day was really hard and tense. I couldn’t slow down over the entire 150 kilometres because I only had a two-minute lead over the nearest competitor. I caught up and overtook Antanas at 25th kilometre and drove the remaining distance first” said A. Gančierius after the finish.

Both men shared that they are very happy with the result and thank the whole team that was around and helped to achieve it. They also send thanks to the partners and fans whose support was felt throughout the rally. Racers who have covered more than 1,200 racing kilometres without major incidents, said that the maximum scenario had been completed. According to them, next thing is evaluation of the equipment when it returns home and preparation for the next race which is scheduled for June in Andalusia. 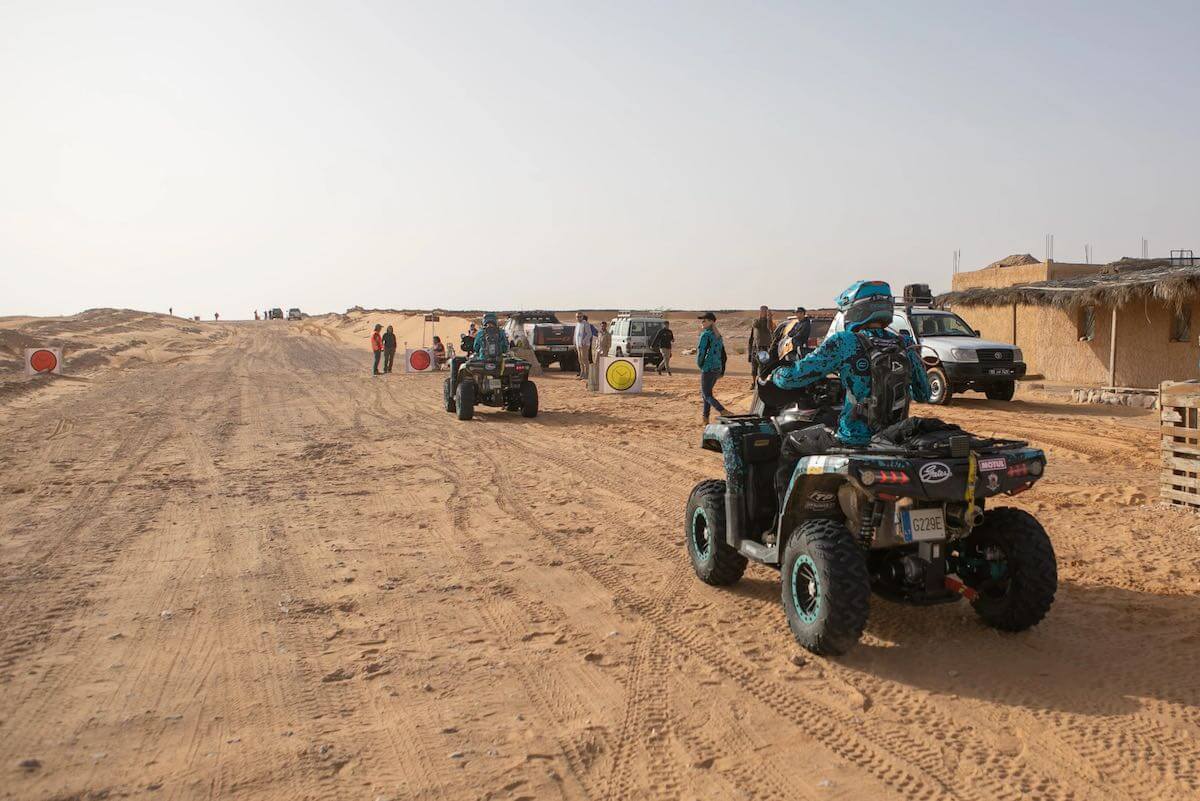 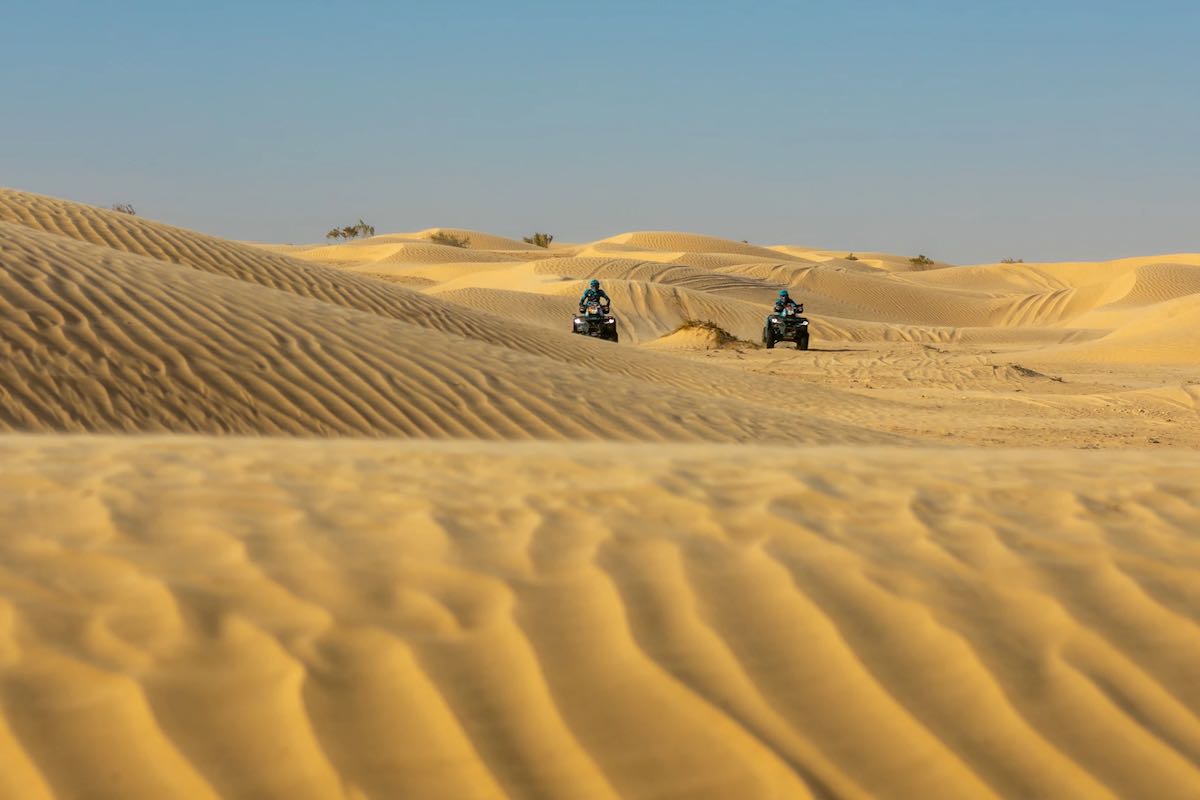 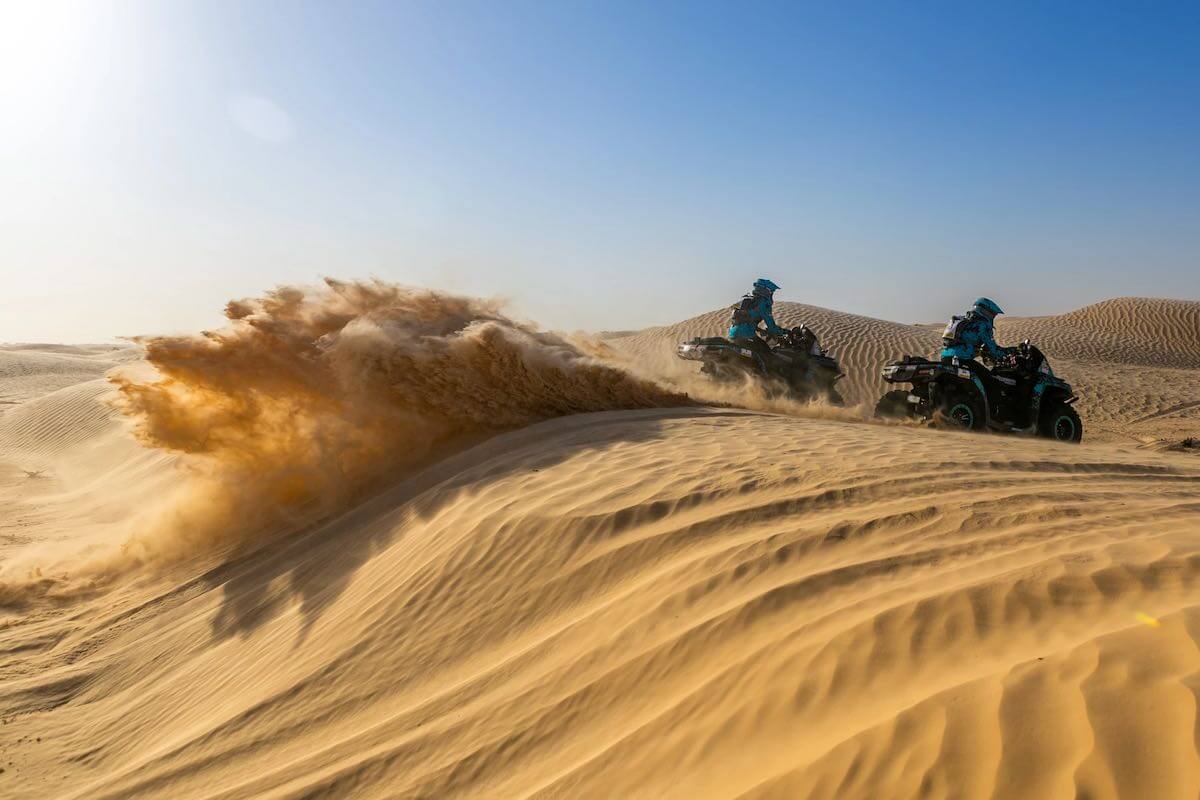 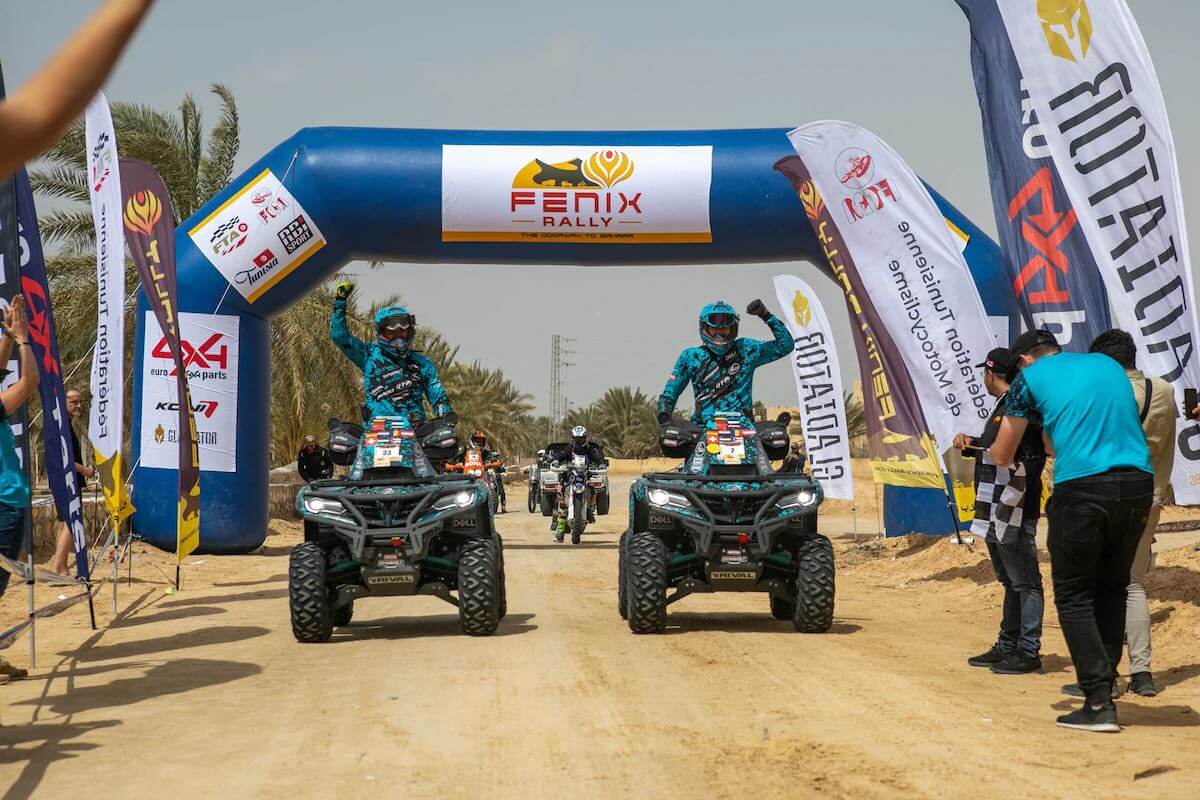 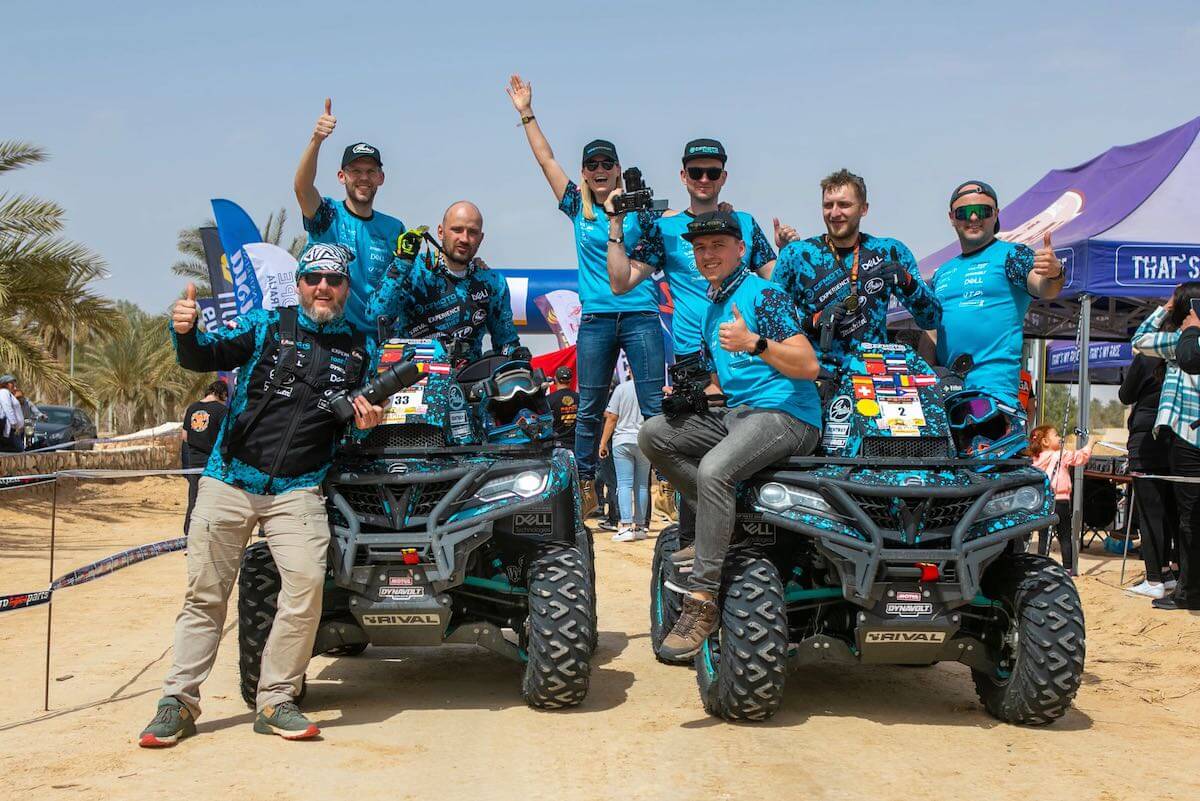 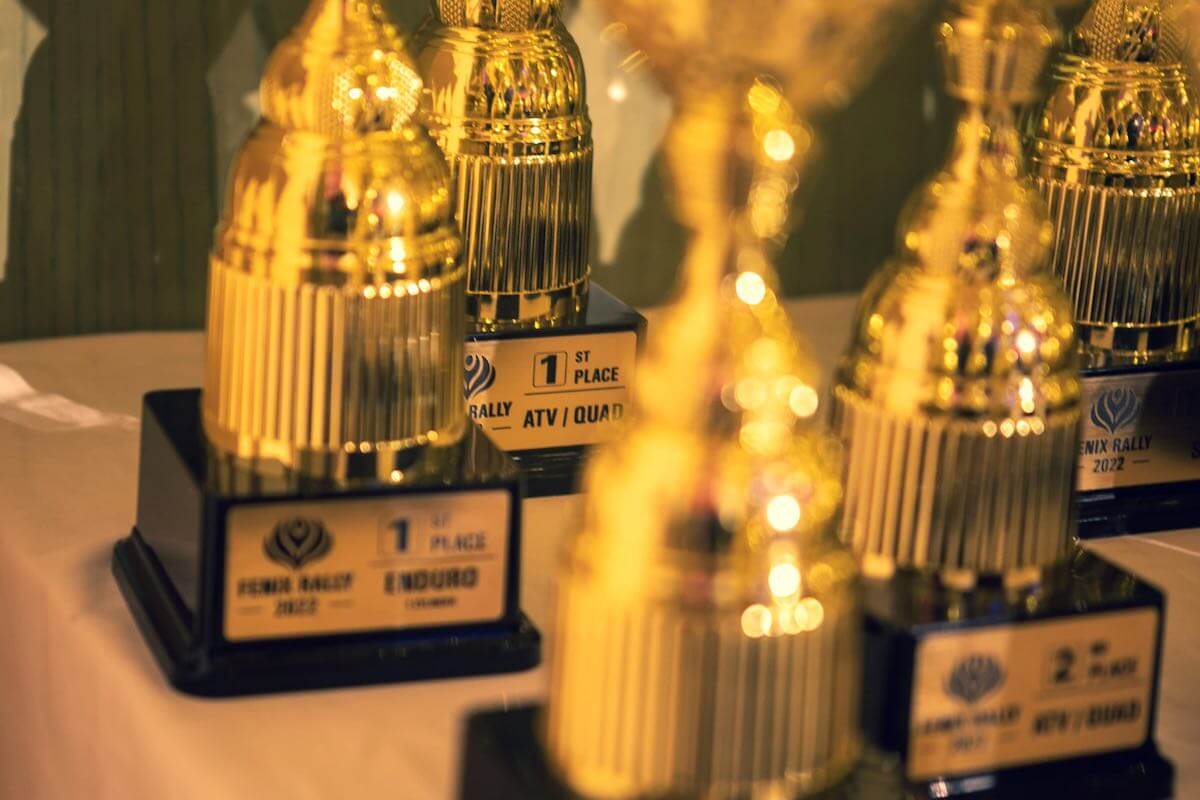